The existing shed which has previously been used as the store and meeting place for the Gardening Club is situated on the south eastern edge of the land owned by the Bawden Trust in Pixon Lane, Tavistock.  It is close to southern and eastern boundaries of the car park and lies some  . . . metres to the south of the Squash Club building. Access is via a tarmac surfaced driveway from Pixon Lane.

The walls of the shed are built of 100mm thick concrete blockwork and there are two high-level windows (currently boarded over) in the south wall and a pair of ledged and braced softwood doors in the west wall.

The roof is of corrugated galvanized steel supported by two softwood purlins spanning the length of the building, east to west.

The proposed use of this building by the Tavistock Area Men-in-sheds project (which is an Unincorporated Charity) will be occasional – probably two or three times a week for four to six hours. There will be no more than eight to ten people using the shed and the primary activity will be social gathering for companionship and support to lonely and isolated men from the Tavistock area. It is intended that those meeting will be able to undertake practical activities such as: repairing tools or furniture, craft work, and gardening.

It is therefore the intention to connect an electricity and water supply to the building so that light refreshments can be provided for those gathering and workbenches with power tools can be installed in the shed.

The existing building is structurally sound but its roof is of lightweight construction with no insulation and needs to be replaced.

Advice from other Men-in-sheds projects has demonstrated the need to provide more space than that available within the existing building and the project will need to extend the building as the project develops.

It is therefore proposed that the first stage will be the replacement of the roof and adding external insulation to the external walls.  This will also include the addition of 3 metres to the length of the building to provide a glazed entrance and seating area in front of the west end.

The second stage would be to add a 2metre wide lean-to extension to the north side of the shed.

The accommodation would include a disabled toilet with washing facilities and a small kitchen and servery.

The plans show the existing building and the proposals described above.

It is understood that the existing building has an established use as a store and meeting place for voluntary group and we would ask you to confirm this use as well as giving planning advice on the proposals being considered by our organization.

This content is restricted to site members. If you are an existing user, please log in. New users may register below. 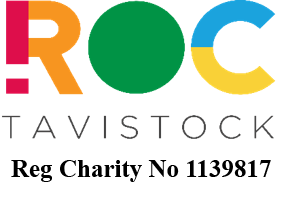 We are like minded souls, here to help the local community.